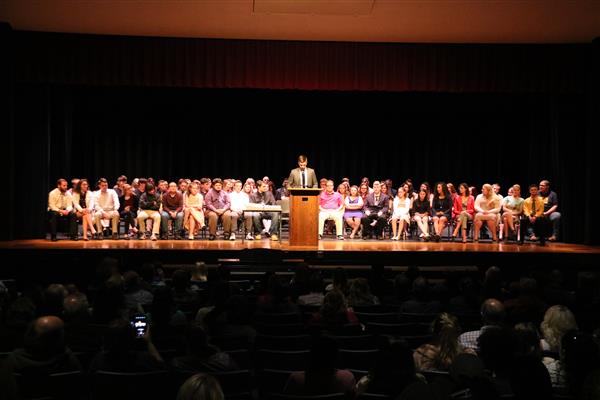 The awards, earned by forty-two students in the class of 2019, totaled over $420,000 in scholarship money. Awards were presented by various groups in the community as well as faculty members in the district.

The night began with a reception in the gymnasium, where students and their families ate appetizers and snacks together while viewing a slideshow of the students. The event then proceeded to the auditorium where the ceremony took place.

The awards were given based on excellence in academia and character. Scholarships were awarded for a variety of achievements including perfect attendance, most improved, academic performance, and extracurricular participation.

Graduation is on Friday, June 28 at 6:30 p.m. at APW High School. The class valedictorian is Lara Kinney with salutatorian Jillian Mueller.